We would like to extend a warm welcome across our networks to our newest Board Member and Indigenous Elder Representative. MACH is delighted to welcome Uncle Graham, who will be taking a seat at the MACH Board and as Community Co-Chair of the Aboriginal Leadership Group, alongside A/Prof Luke Burchill.

Uncle Graham Atkinson is a Dja Dja Wurrung and Yorta Yorta Traditional Owner and member of the Victorian Koori Community, with nearly 50 years of active involvement in Indigenous Affairs. After completing a Bachelor of Social Work in 1976, as one of only two Indigenous students enrolled, he became involved in Aboriginal community-based services including the Aborigines Advancement League, Victorian Aboriginal Housing Cooperative, Victorian Aboriginal Legal Service boards. 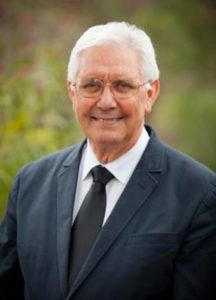 He has been involved in the Traditional Owner and land justice space since the early 1990s as a claimant in the Yorta Yorta native title claim, in work which led to the successful Recognition and Settlement Agreement between the Victorian Government and Dja Dja Wurrung Clans Aboriginal Corporation in 2013.

He sits on the Board of Dja Dja Wurrung Enterprises, which is the economic and investment development arm of the Corporation, is the current Chair of Federation Enterprises Pty Ltd, a board member of Parks Victoria, the North Central Catchment Management Authority and the Judicial Commission Victoria. He is a former Board Member of the National Indigenous Land Corporation 2011-2015.

We look forward to Uncle Graham’s valued contribution to our Aboriginal Leadership Group and MACH Board.