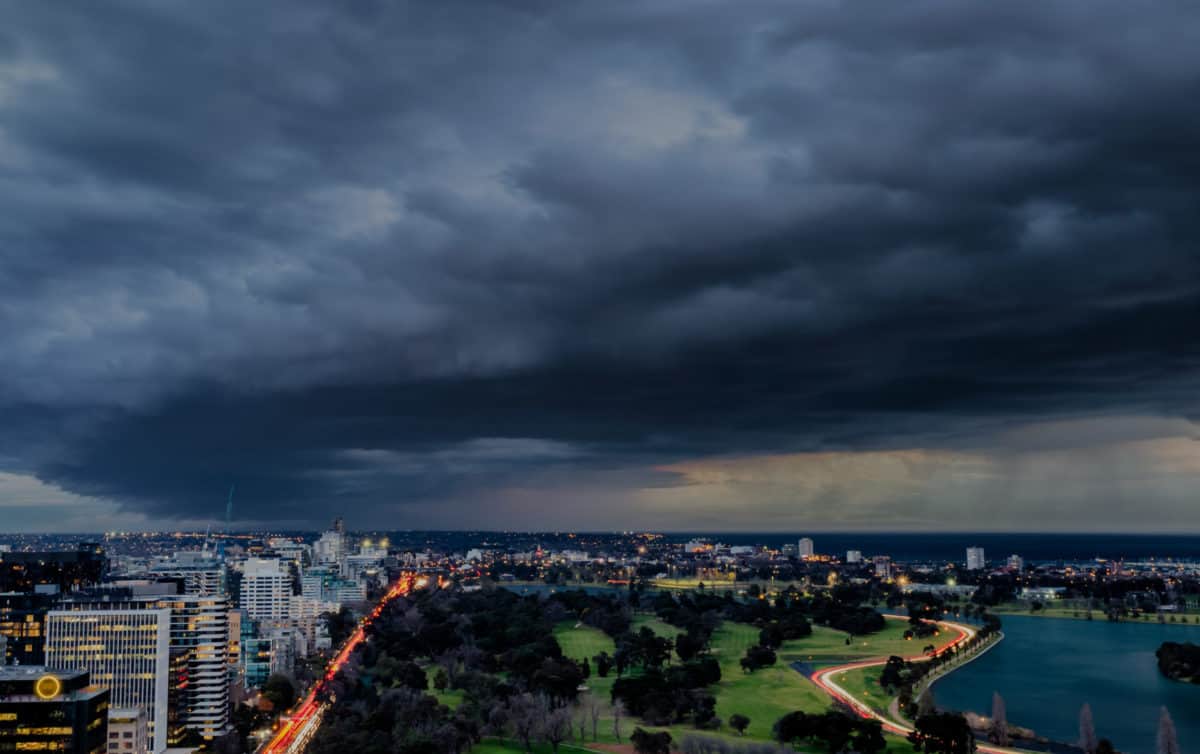 Professor Jo Douglass from the University of Melbourne and Royal Melbourne Hospital is leading a research translation project to ensure that clinical and public health interventions are in place to avoid another deadly thunderstorm asthma event.

This project – which sees scientists, clinicians, epidemiologists and consumer partners like Asthma Victoria and the National Asthma Foundation working together – aims to determine who is most at risk, monitor those at risk and track how air quality impacts them, and establish a national pollen counting capability.

Thunderstorm asthma events are believed to be triggered by high grass pollen levels and a type of thunderstorm that spreads pollen far distances.

Analysis of the 2016 thunderstorm asthma event has shown that almost everyone who presented to hospital had a grass pollen allergy (hay fever). The challenge for researchers is determining why that group of people had an asthma attack while others with asthma and hay fever didn’t.

“About one in five Victorians claim to get hay fever and about one in 10 people have asthma Australia-wide. These are really common diseases,” says Professor Douglas.

“Our work is focused on predicting those at greatest risk of thunderstorm asthma. If we can do that, then we’ll know who to target for treatments and preventative measures.”

As Professor Douglass explains, keeping people out of hospital has become even more critical with the added pressure and complexity on the health system due to COVID-19.

“The spectre of a thunderstorm asthma epidemic with a COVID-defined emergency department is truly frightening,” she says.

“All ED presentations with respiratory difficulties are now ‘suspected COVID’ – which means you’ve basically got two emergencies in one.”

“This provides a greater mandate to do better in this area.”

Health services and researchers working together

In this study, six Victorian hospitals – Northern Health, Austin Health, St Vincent’s Hospital, Royal Melbourne Hospital, Western Health and Monash Medical Centre – have been collecting data on patients affected by hay fever and asthma to identify both clinical and biological risk factors for thunderstorm asthma. Through a partnership with the University of Tasmania, researchers have been able to use a smartphone app to monitor patient symptoms and correlate this with pollen counts, which will help to determine how air quality affects thunderstorm asthma risk.

“Through MACH, we’ve had every major hospital in the north and west of Melbourne participate in the TAISAR study. That’s created a huge interest and understanding of thunderstorm asthma clinically,” says Professor Douglass.

While the research project is still in progress, it’s already helped to improve measures to reduce the risk of serious health impacts from thunderstorm asthma.

“Understanding the mechanisms of thunderstorm asthma has been important to be able to provide practical advice to at-risk groups, like staying indoors during a storm,” says Professor Douglass.

“And now, if someone has hay fever and any history of asthma, then it’s recommended they have asthma treatment during the hay fever season,” she says.

Public thunderstorm asthma warnings are also more prominent than they were in 2016.

“Pollen counting, and pollen and meteorological predictions are now incorporated into the warning alerts on the Victorian Emergency Services app and the Melbourne pollen map. That’s a huge advance to keep people safe,” says Professor Douglass.

Through the work of this project, pollen data is now publicly available in South Australia and Western Australia for the first time.

But the most important outcome is that there has not been a health services emergency for asthma since 2016 – despite several high asthma admission days, about half of them occurring with thunderstorms.

“In recent episodes, there have been as many people present into hospitals as a thunderstorm asthma event that happened in 2010 and it doesn’t even hit the news – which is a sign that things have been managed well,” says Professor Douglass. 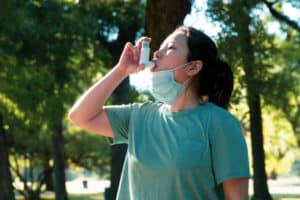 “It’s great to have a research idea, but there is no way this would have got off the ground without MACH providing funding through the Medical Research Future Fund Rapid Applied Research Translation program,” she says.

“It has also provided a platform for local collaboration, as well as enabling us to engage with other University scientists and government through the pollen count.”

“MACH has been vital for this work.”

This project is supported by the Australian Government’s Medical Research Future Fund (MRFF) as part of the Rapid Applied Research Translation program through the Melbourne Academic Centre for Health.